My name is Jaap Schröder, married to Yvonne Zoomers and father of Teun, Noor and Siem. I have an agronomical background and am involved in research at the interface of agriculture, environment and nature. With some fantasy this can explain why bee keeping and badger (Meles meles L.) watching are two of my favourite hobbies. 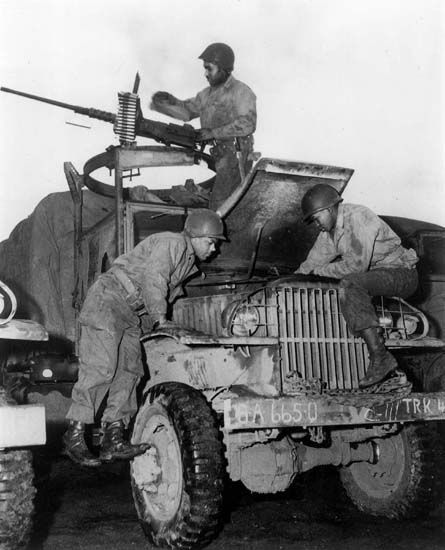 There does not seem to be any logic, however, in my addiction to GMC CCKW's, unless you believe in reincarnation (As a matter of fact, this white guy happens to be extremely fond of female R&B bands and that Afro americans were indeed over-represented in the CCKW drivers population during WW2, so.....why not). Let's first try to explain things in a more down to earth way by going back to my childhood. Born in 1957 I could just see the tail of the GMC era, as GMC's were still quite common in the early 1960s. My parental home was situated at the edge of a village square where the annual fair took place every second weekend of August. In the 1960s it took several days to erect and to break down the various installations of the fair. Therefore, I could spend many of my summer holiday hours amidst the constructions of showmen and their trucks. Two of these trucks had impressive fenders. The head lights were protected by quarter round grids which were welded to a central rectangular brush guard. These trucks belonged to 'The Spider' (see picture), a simple merry-go-round with metal sheet rockets that had the moon as their ambitious destination, which was completely lunatic as we all knew for sure in those days. One of the trucks conveyed the motor, the hydraulics and the turn table of the merry-go-round, the other the floor panels, fences and wooden wedges. The first one pulled a trailer with the booms and rockets, the other pulled a two axle caravan. Every year I looked forward to the return of these trucks without knowing that they were GMC's of the CCKW type. This was probably due to the confusing 'Ford Diesel logo's attached to their brush guards. Many years later I realized that the thirsty Chevrolet '270' engines had been replaced by diesels from Ford (more recently I was told the owners attached the Ford logo without ever substituting the original engine, though). Anyhow, my efforts to obtain photographs of these two GMC's is described elsewhere on this site. 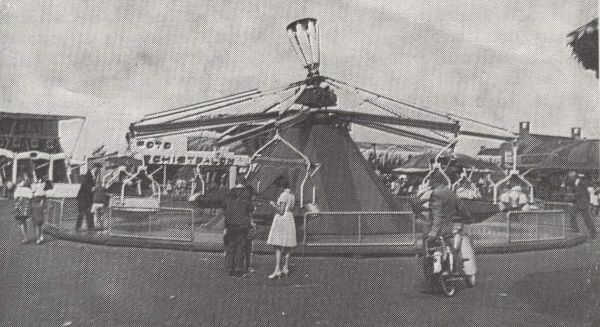 The fair was not the only chance for me to watch GMC's. In the expanding outskirts of our village I stared in deep admiration to a GMC dragline (Kokkelkoren, Santpoort), a watertanker (Twisk & Bosman, Castricum) or a bright green cable layer with a spindle trailer from Lopik. Every now and then an olive drab GMC from the mobilization warehouses in Bergen passed by, distracting my attention from the school class with its marvelous sound.
However, in the course of years working GMC's faded away. Instead, I was confronted with their wrecks: a worn towing truck in Alkmaar, two collapsed tippers in Heiloo (G.P. Groot?), a rusty yard crane in De Woude and a hydraulic auxiliary crane in the marina of Uitgeest. An era had apparently gotten to its end. I would surely like to know what has become of all these Jimmy's. The only thing I know is that the towing truck from Alkmaar has been partly recycled by an old timer freak in 2003.
Miniatures offer a good compensation for this lack of living GMC's. In the beginning of the 1970's I bought my first model (Dinky Toys France 808, a dessert yellow CCKW 353 with a Set No 7). That's where my collection of CCKW's and anything else around it started. In April 1998 I had the opportunity to purchase yet a full size GMC 1941 CCKW 352 A2 from Norwegian NATO stocks). Initially I took up the plan to complete it with a pitoresque caravan and to re-create the nostalgic fair ground from my childhood. However, the condition of my Norwegian Jimmy was so good that I decided to leave it as it was in its olive drab state with the five pointed star of the Allies on the hood and doors. In cherished this GMC for more than eleven years, until I swapped it for a bright red, ex-French fire engine. I enjoyed this truck from 2009 to 2019, in particular its restoration, completion and the occasional parade. In 2019 I sold it to the former ownner, a fireman in France. The 'old lady' is back now in the Deux Sevres region where she once started her professional carreer. If you happen to have information on the fate of any of the other GMC's above, have pictures of them, or want to make any other comment, please, don't hesitate to contact me! 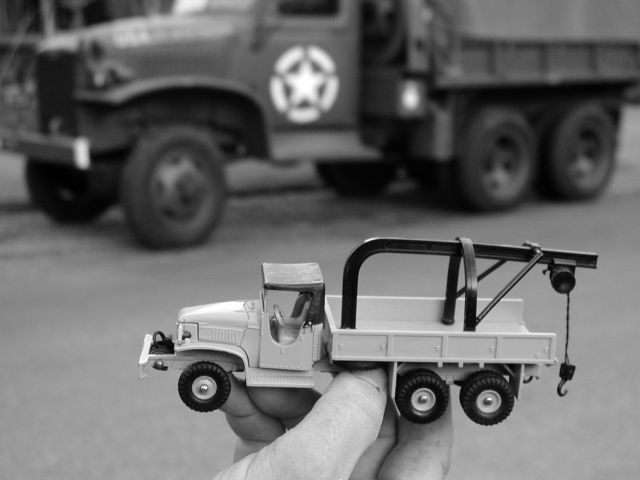 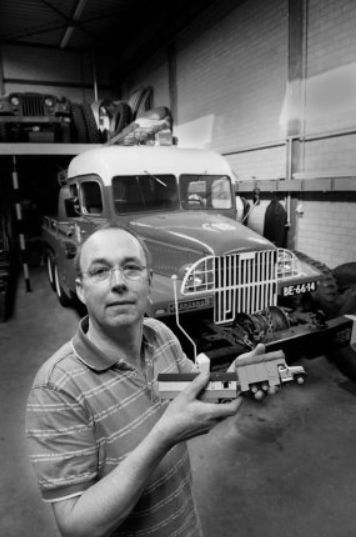 Back to the top of this page