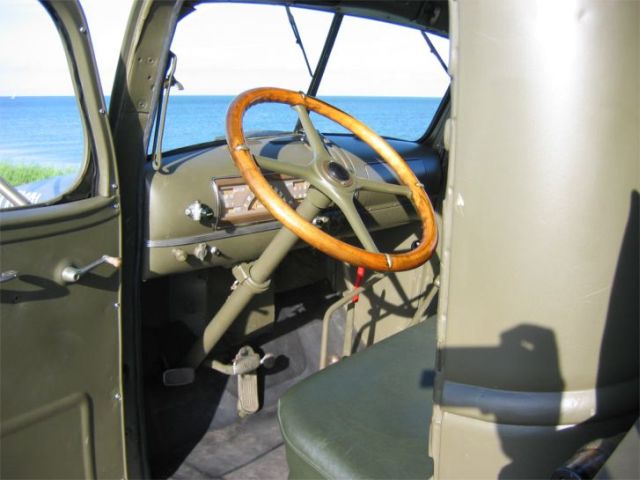 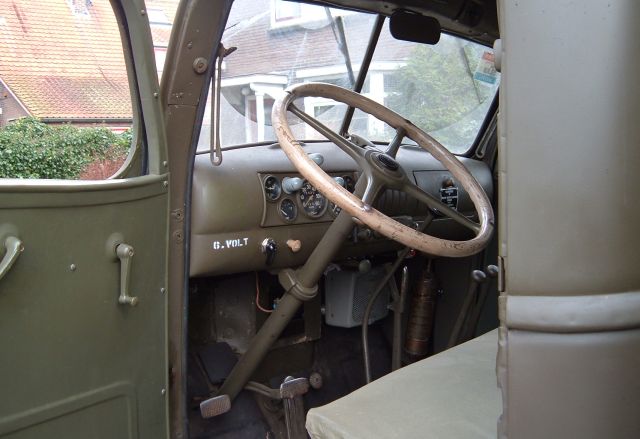 Wheel base and winch

Approximately 10% of all CC(K)W(X)'s had a short wheel base of 368 cm (145 inch). From the time that GMC used the code CCKW, these short wheel base trucks were called 352's. The remaining 90% were 49 cm (19 inch) longer. Long wheel base trucks were called 353's. The 352's can be easily recognized by the position of the fuel tank. The tank finds itself directly behind the cab on top of the frame, whereas its position on 353's is on the right hand side of the frame. The tank of some 352's can be filled on both sides of the cab. The (two) spare wheels of 352's are mounted on top of the fuel tank and not, as with 353's, on the left hand side of the frame. The 352's were mainly built in 1941-1942, 353's mainly in 1943-1945 period. Produciton numbers are summarized elsewhere on this site. Less than half of both the 352's and the 353's were equipped with a mechanical winch at the front (produced by Garwood or by Heil). Cargo CCKW's with a winch have the suffix B, without winch the suffix A. 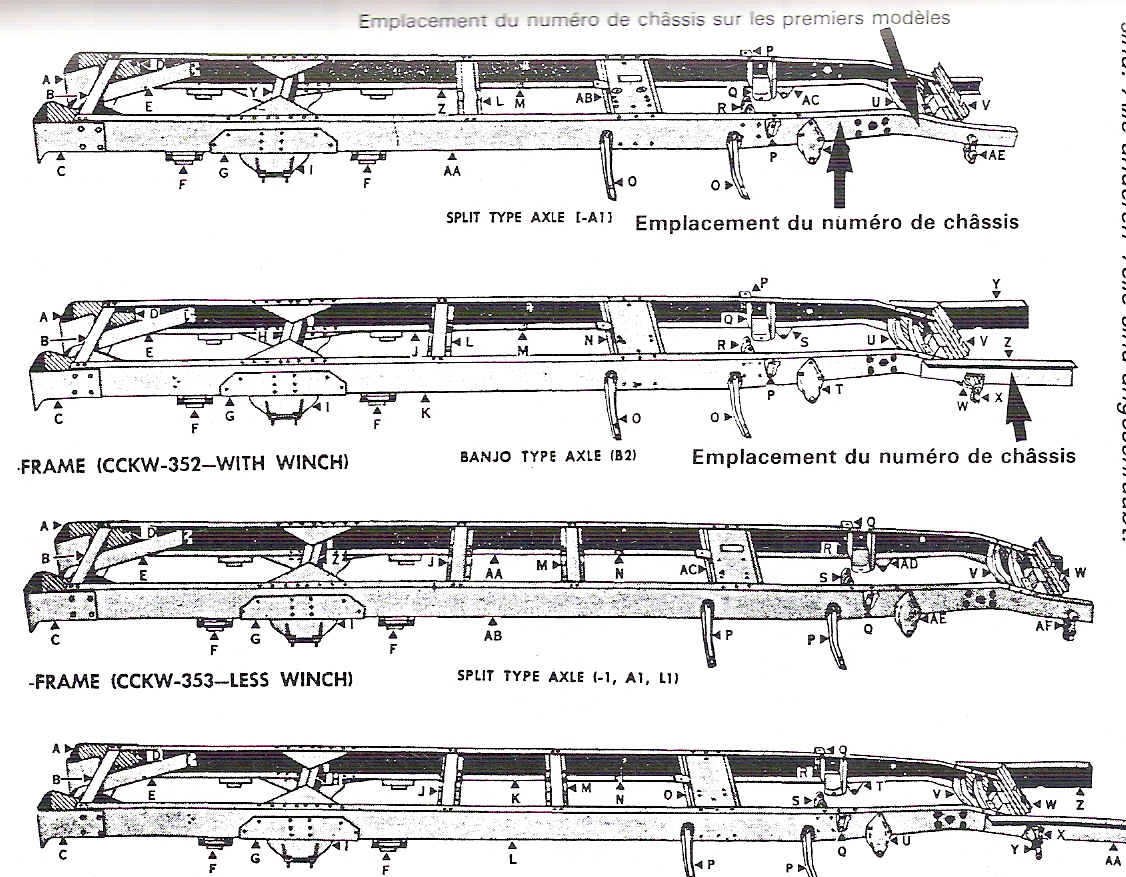 CCKW's can also be specified according to their axle type. They were equipped with either split axles (brand: Timken) or banjo axles (brand: Chevrolet). The seam of the two halves of the differential housing of split axles is parallel to the driving direction, wheras banjo axle housings are accesible via a lit perpendicular to the driving direction (see drawing). Slight differences exist between both axles types in terms of front wheel mounting, frame and drive shafts (see drawing). Together with the suffix indicating the body type, CCKW's with split axles received the suffix 1, the ones with banjo axles the suffix 2.

CCKW's were eqipped with all kinds of body types. Most common were the standard cargo body with tarpaulin with short wheel base (type 352) or long wheel base (type 353), 353-variants such as fuel tankers, water tankers and tippers. On cargo trucks a so-called Set No 7 could be mounted: a simple monorail with a pulley block to hoist cargo along the whole lenght of the body. CCKW 353's were also used as mobile workshop, library, cantina, dentist practice, as a carrier for an air compressor (brand: LeRoy), decontamination equipment, horse transport, bomb transport (with a slightly different monorail), or as a bolster truck with stakes, just to mention a few of the many military applications. Table 2 helps to decode some of the numerous body types. Post-war civilian use broadened the use of the CCKW even further. 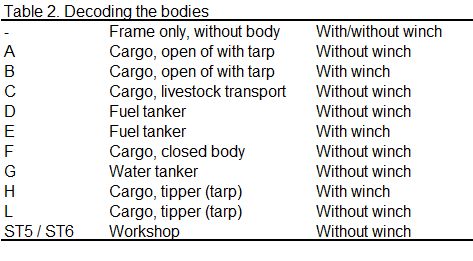 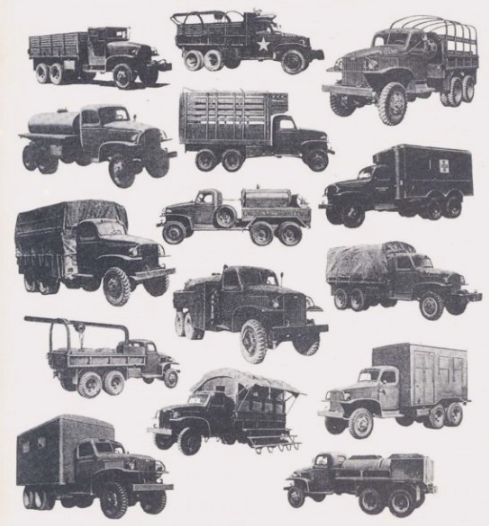 Vehicle historians (Sunderlin, Becker & Dentzer) sometimes split up the populations according to the original contracts between the US administration and the Yellow Truck and Coach Manufacturing Company. Those contracts coincided with (small) changes of the motor, the cooling system, the electric system, the brake system, the cab and/or the brush guard. Six types are distinguished. Table 3 indicates when and how many of them were produced. For unknown reasons some frame numbers were omitted by the producers. The apparent number of trucks is therefore larger than the actual number. Note that the production of CCKW's realy ended in May 1945.

Back to the top of this page